Dear fellow careworkers
I have brought you all a big strike hug from the Gorillas workers who got fired because of attending “illegal” strikes. Let`s talk about what is illegal in a bit.

We wanted payments in time and payments in full.
We wanted them to stop understaffing.
We wanted safety at work.
We wanted scheduling, which respects our private lives and freedom of education since our unavailabilities were not taken into consideration.

And instead of communicating with their workers, Gorillas management cleaned the house, by mass firing over 40 workers either by phone calls from private numbers without a name or invalid termination letters. And they used the private number trick to break the strike: the ones who got only the phone call are mostly reinstated now. Gorillas wanted to make sure that the main motivation at work will be fear from now!
Such a company running on illegal behavior seems to have an urgent interest in law now!
This is nothing but union busting!

Their incompetence and illegality are hand in hand.

Gorillas did not pay a significant amount of its workers.
In our free time we are still exploited by the company: writing emails, hours of correspondence and mental discomfort… never get calculated!
Not paying the workers is illegal.

The scheduling App gives people shifts one day in the evening the next day in the morning and it goes on throughout the week. In some cases there were 7 or 8 hours between the last and the first shifts.
There has to be minimum 11 hours in-between. And if the worker does not attend those shifts, they will get a no show warning, which will be used as criteria in firing people.
Scheduling without proper break of min 11 hours is illegal!

Most of the bikes we use break while we are in busy traffic. There have been already many accidents.
A rider has been in hospital for more than two months now. He cannot leave his hospital bed.
And almost none of these accidents are reported as work accidents.
Instead of calling the ambulances, they call Uber to send the workers home.
I invite the authorities to run inspections!
Not providing safety at work is illegal!

You must have seen it by now that Gorillas promises deliveries in 10 minutes.
When almost all the warehouses are understaffed and 10 people is doing the job of 15, we end up carrying big bags with double/triple/quadruple orders.
The weight limit is 10 kilos in our contracts. Yet sadly there`s no scaling system in the warehouses.
Breaching our contracts and breaking our backs are illegal!

People ASK us:
“Why don`t you go to another company; this is not a difficult job to find.”
Yes that`s true!

Almost all of us have a degree and unfortunately are forced by the inherent racism in German bureaucracy to work in poor conditions because of the many obstacles we face as we are mostly migrant and precarious workers.

We want to stop this from being a norm!
So this abomination of a workplace does not become a common business model that is nothing but purely exploitation of people`s dependencies.
Long story short,

In the midst of all the illegality run by the company, wildcat strikes seem to be quite the right way!

In such precarious workplaces where no one wants to stay more than 6 months, you cannot be organized under a union. People just won`t stay that long!

Your strength gives us gives us hope!

No more broken backs! We salute you with Solidarity,
Gorillas Workers! 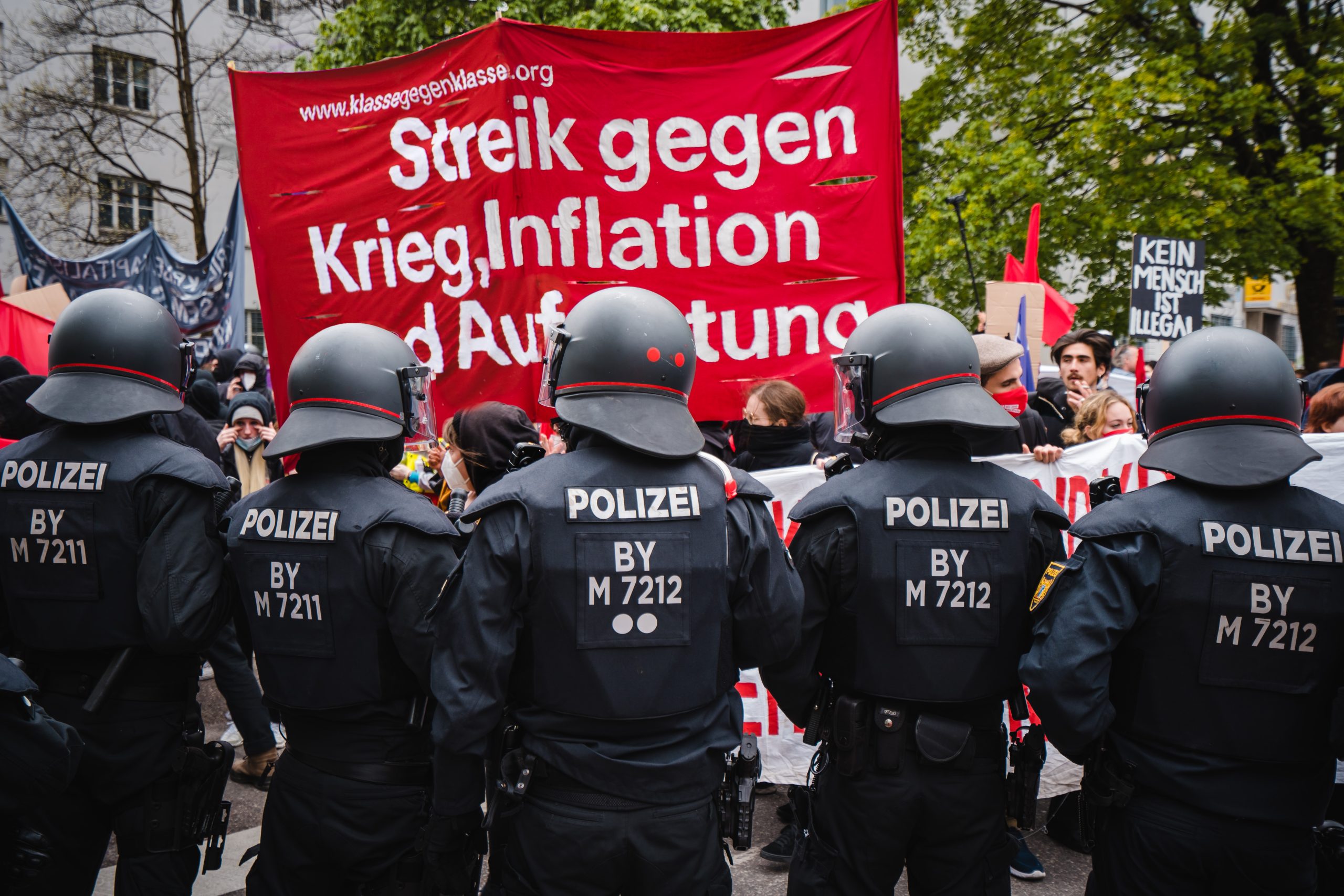